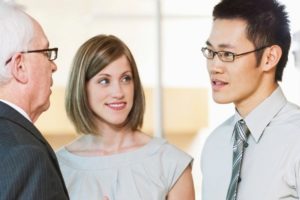 One of the most well-known “rules” in bankruptcy law is that it is impossible to discharge student loans with bankruptcy. Once you consult with a top bankruptcy lawyer in Montgomery, like William D. Schroeder, Jr., Attorney at Law, you will find that, as with most things, exceptions occur.  To be clear, discharging student loans is very difficult and it is far from certain that any particular borrower would be able to do it.  However, precedent does exist, as do established processes through which it might be possible.
As with all loans, the best option is to do everything possible to repay them. Repayment has been made easier in recent years, thanks to President Obama’s initiatives to add more income-based repayment or income contingent repayment options.  Yet if there is no other option, a Montgomery bankruptcy lawyer might be able to help you.

The most common way that student loans can be brought into bankruptcy proceedings is through an adversary action called the Brunner Test, named for the applicant who first argued it for the discharge of the student loans.
Federal law specifies that student loans be excluded from bankruptcy discharge, unless those loans are causing “undue hardship.”  What does undue hardship mean?  The law does not specify, so the interpretation is left up to judges.  The Brunner Test considers three criteria:

While this application of Brunner will ultimately be up to the individual judge, a borrower who meets all three of these conditions has a good chance of discharging their student loans.  The filing process, however, is complicated.  You will want to consult a Montgomery bankruptcy lawyer to handle all of this process.

Other Options for Discharging Student Loans

Only a couple of other alternatives are possible and they are rarely attempted.
One is attacking school eligibility.  A few colleges/universities have received Federal aid without actually qualifying for it, opening up a loophole.  Similarly, it has occasionally been argued that loans for non-eligible schools do not qualify under Federal student loan laws.
The other -and riskiest- method is to try to argue that portions of a student loan not used directly for school expenses, like off-campus housing, are ineligible for protection.  However, most promissory notes require the borrower to only use the loans for school expenses, meaning this argument could be an admission of fraud.
Discharging student loans is rare, but it can be a legal option. You may want to retain counsel to pursue non-bankruptcy student loan protection.  Income based repayment (IBR) or income contingent repayment (ICR) plans can be developed.  While these programs do not discharge the student loans in and of themselves, they can provide significant financial relief to you and over the long term, remaining balances can be eliminated.
For bankruptcy and other expert legal services contact William D. Schroeder, Jr., Attorney at Law, at (215) 822-2728. Mr. Schroeder has over 30 years of experience helping people in Montgomery and the surrounding areas with bankruptcy issues. You will always receive confidential, professional and courteous treatment.

You can make an appointment by telephone or email. Our office hours are between 8:30 A.M. and 5:30 P.M. Monday through Friday. We have evening hours and occasionally Saturday mornings by appointment only. Let us know the legal matter you want to discuss.